Harrison Ford used to be one of the iconic and reliable working actors in Hollywood. The steadfast and rugged actor could always bring his unique intensity and American hero attitude to a project and save the day. 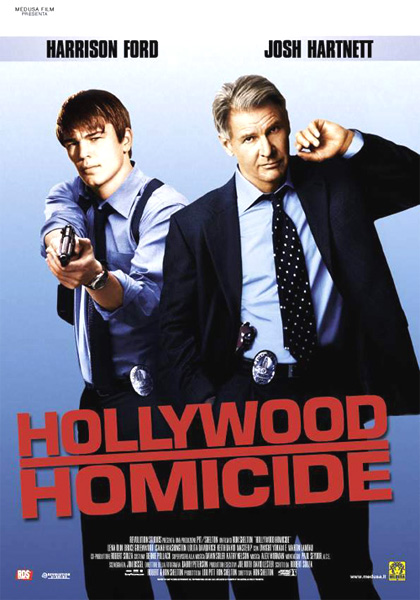 In recent years, Mr. Ford seems to have lost his edge. Hollywood Homicide becomes Ford’s second film in a row that I had a extreme amount of difficult sitting through.

Gavilan has just acquired a new partner, K. C.Calden (Josh Hartnett) who is an aspiring actor and yoga instructor as well as a cop.

These micromanaging cops are called out to a nightclub where a rising rap group has been killed. Who had it in for the group? Can these cops keep their private lives at bay long enough to unravel the case?